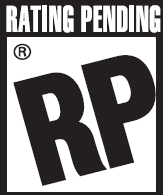 As I begin writing this, Starcraft II has been out for over a day and has exactly one review listed on GameRankings.

This is practically unprecedented for a major, modern video game release. Mass Effect 2 had 27 online reviews listed on GameRankings by its Jan. 26 release date. Curious Super Mario Galaxy 2 shoppers had at least 15 different opinions guiding them on launch day. Even reclusive Rockstar Games allowed 11 reviews of Red Dead Redemption to leak out in time for that game’s release. You get the idea.

Of course, the lack of release day reviews for the latest Starcraft was by design on Blizzard’s part. While journalists have had access to the multiplayer beta since February, they only got access to the final retail build of the single-player campaign when the battle.net servers were turned on for consumers yesterday. Blizzard isn’t officially commenting on the move, but Eurogamer’s on-background sources have them comfortable enough to say “the new Battle.net service and its online features are so integral to the game that it would be both impractical and undesirable for press to review it before servers go live.” Of course that doesn’t fully explain why journalists couldn’t have access to those servers a little earlier than consumers, but it is what it is.

As it stands, dozens of critics are doubtless currently dashing through their copies of Starcraft II, rushing to put together some coherent impressions before the launch-window attention dries up (and before competitors get their reviews into the vacuum). Quite a few sites felt the need to specifically mention the lack of early review access, perhaps none more amusingly than Rock Paper Shotgun. IGN was almost apologetic about it: “The goal is to get you a review as quickly as possible, but we’ll also be taking to time to see all there is to see in StarCraft II. Because of that, there’s no specific date when the review might show up. We are working on it, though, so don’t think we’ve forgotten about what’s arguably the biggest game of the year.”

It seems obvious why this isn’t an ideal state of affairs for everyone involved. Gamers who want to buy the game on release day will essentially be going in blind, basing their purchase decisions on previews and a prequel that was released 11 years ago. Blizzard will be losing out on media attention and consumer mindshare that launch day reviews generate. And critics, of course, lose out on all the Google traffic surrounding the game’s launch, which will likely never be higher than it is on release day.

But maybe these negatives aren’t really negatives. After all, reviews obviously aren’t very important to the more than 800,000 people that pre-ordered the game without reading a single “10 out of 10.” And analysts are already predicting the game will sell 7 million units over its lifetime, suggesting Blizzard won’t be paying any significant long term price for the small dip in release day media attention. As for the critics… well, they kind of get the short end of the stick here, don’t they?

When you think about it, it’s kind of surprising that publishers let reviewers have early access to any big name releases. Starcraft II‘s impressive pre-order numbers seem to show that, absent any first day reviews, consumers are comfortable coming out in droves for a game (and a developer) that has a sufficiently impressive pedigree.

Now think about how the equation changes if reviews are available on day one. If the reviews are good (as they almost always are for such big-franchise releases), it will just confirm consumers’ expectations and probably not lead to a significant bump in launch day sales. But if the reviews are somehow worse than expected, potential first-day purchasers might hesitate, holding their money until they get confirmation from a friend, or even moving on to another game entirely.

There’s a reason film studios increasingly don’t allow early press screenings of some of their most heavily marketed movies — they want to buy their way into a decent opening weekend before the critical world (and word of mouth) potentially breaks the marketing bubble they’ve created. I’m increasingly afraid that Starcraft II‘s review-free launch will prove that the same strategy now makes sense for the video game market as well.