It never hurts to ask. Sometimes, it even helps! 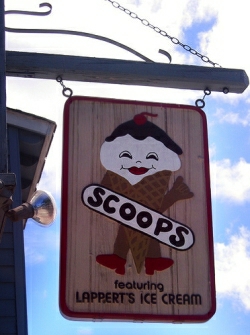 Back in April, I posted a Quote of the Moment intended to show just how frustrating it is for a journalist to seek an official comment on a rumor when, 99.99% of the time, that company will just issue a pat “no comment.” Well, today I get to present the 0.01% the justifies all that seemingly wasted effort.

On June 11, Destructoid posted an anonymously sourced picture of what looked like a new controller from ION audio of all places. The next day, they posted a follow up that included the following surprising introduction:

“Yesterday, we anonymously received images of a rather strange looking ION-branded controller. We reached out to ION to see what it had to say about the unannounced product, and it was surprisingly forthcoming.”

Forthcoming indeed: ION didn’t just confirm the picture was legit, but also told Destructoid that it would be presented at E3, detailed features like “mouse-like button design,” and revealed that it was designed by Xbox 360 case designer Jonathan Hayes.

Sure, it’s not the biggest scoop in the world. Sure, it didn’t exactly earn Destructoid a ton of links. Sure, it might have been part of an elaborate, early stealth marketing campaign from ION.

Nevertheless, this follow-up exclusive was only possible because Destructoid bothered to ask for an official comment when presented with a thinly-sourced rumor.

And that, boys and girls, is why it never hurts to ask.