Should E3 time also be party time for journos? 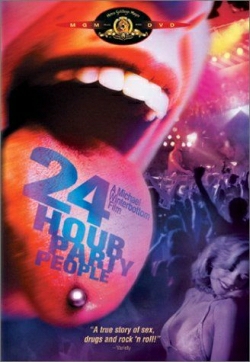 By the logic of the  press corps, these White House social events have no real effect on the news narrative. I find that interesting. There are some very smart people in the the White House. It would seem that by now they would know their soirée press strategy has been a miserable failure. And yet they press on. I wonder why?

With E3 and its attendant array of late night press parties coming up next week, the above quote could easily be used as a challenge to the video game press as well as the political press. Just replace “The White House” with “big name game publishers” and the essential question remains: If these lavish parties really have no effect on how a company is covered, why do all these savvy game PR firms continue to waste money on them?

There are a few possible non-sinister answers, of course. Publisher parties aren’t always just for the press — they’re often for all the employees and developers and retailers and distributors and dozens of other people a party-thrower is trying to impress as well. Even when they’re press-only affairs, these parties are sometimes the best opportunity for many journalists to play some games that are hard or impossible to try elsewhere at E3 (I distinctly remember placing my cheese plate on the floor and tearing in to 30 minutes with a Super Mario Galaxy demo at a Nintendo party one year).

And even if there are no games at a party, the events are great opportunities to network with game-makers and executives in a casual environment, getting off-the-record information or even stealing away from the thumping music for a quick on-the-record interview. These parties are also the main place where journalists from competing outlets meet and chat with each other at the show, passing on tips about the sleeper hits of the show and helping to form the conventional wisdom that will shape what games and companies come out as the “winners” of the show (a concept that deserves a post of its own).

But even with these mitigating factors, some of these lavish parties are a bit hard to justify. I say this as a person who’s gladly eaten endless smores and ridden a mechanical bull courtesy of Bethesda Softworks, left a massive dance party at Dodger Stadium with a free travel suitcase courtesy of Sony, and gotten to see Queens of the Stone Age and The Who at exclusive concerts courtesy of Harmonix. And that’s not even counting the dozens of open bars and re-warmed hors d’ouvres I’ve had to endure on a publisher’s dime since becoming a game journalist.

So I’m obviously not above dipping into the trough at these things. And if pressed, I’d probably offer up the same defense as political reporter Marc Ambinder: that the relationships between the press and their subjects “can be cordial, occasionally cozy, and they can simultaneously be professional and skeptical.”

But part of me worries, as Glenn Greenwald does, that attending these kinds of parties “helpfully reveals what our nation’s leading ‘journalists’ really are:  desperate worshipers of … power who are far more eager to be part of it and to serve it than to act as adversarial checks against it…”

OK, I’ve extended this political metaphor without really settling anything for long enough. How do you think we should fight for the public’s right to know while also fighting for our right to party? Oh look, there’s a comment link right down there!

11 thoughts on “Should E3 time also be party time for journos?”