Our role as [beta] gatekeepers 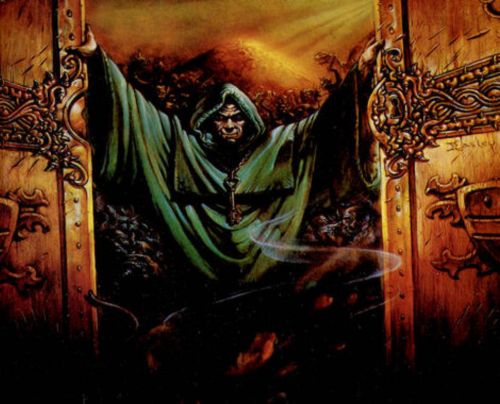 If you currently have early, “Friends and Family” access to the highly anticipated Halo: Reach multiplayer beta, you probably fall into one of three camps.

It’s this third group I’m concerned with in this post. Or, more accurately, why the second group is being used to facilitate the third group’s early access.

If Microsoft and/or Bungie wanted to give a limited set of lucky gamers access to this beta (before the hordes of Halo 3: ODST owners get their hands on it May 3), they surely could have come up with a contest or random drawing of their own to facilitate it. Instead, they’ve handed handfuls of extra beta codes to seemingly every game journalist on god’s green Earth and given these journalists free reign to hand out the codes in whatever manner will attract the most page views, Twitter followers, Facebook fans, etc. (and trust me, a giveaway for access to an anticipated game like this has the potential to attract a LOT of attention).

Now I’m almost positive there’s anything so tawdry as a journalistic quid pro quo going on for access to these giveaway codes (“Hey, Microsoft, for every five codes you give our readers, I’ll guarantee an extra 1/10th of a point on the final review score”). In fact, I doubt access to these extra beta codes will directly affect the impression journalists eventually make about the game in the slightest.

Of course, there is a small chance that an outlet with access to extra beta codes might be less likely to antagonize Microsoft in the future — for fear of getting cut off from the lucrative giveaway spigot. Of course, these outlets are likely already sufficiently afraid of losing access to press preview events, live press conferences, early reviews copies and a host of other necessary information that Microsoft directly controls, so this concern is probably a bit moot.

But think for a second about the image of the game press that this journalist giveaway system conveys to the readers. Throughout the week, anyone who pays attention to the game press has been inundated with tweets and blog posts and “news stories” (note the subtle scare quotes) featuring journalists hawking beta codes like a barker at the county fair. Even the low-key giveaways carry with them the idea that Halo: Reach is a game worth playing — after all, you can’t really offer a contest for something without implicitly endorsing it as something that is desirable to win. Is it really possible to enthusiastically push beta access to a game one day and then credibly critique that game the next?

Appearances aside, I can’t help but think Microsoft knows these kinds of giveaways have a subtle effect on the way a journalist sees a game and its fanbase. Sure, as journalists we might know abstractly that a lot of gamers are really excited about Halo: Reach. But in giving away beta access, journalists  are put directly in touch with the most rabid fans of a game, who will be clamoring for those beta keys via e-mail and comments and twitter replies and all sorts of direct appeals. By making journalists intimately aware with how much their readers want this game, these giveaways can’t help but influence the way it gets covered in the future (and if you think a journalist is going to ignore the directly demonstrated passion of their readers, you’re nuts).

Of course none of this is new, or really much different from what game journalists do every day. We often give up a bit of independence for access, be it to a beta code or a hard-to-get interview. We often give up our appearance of impartiality so we can get the Google juice from being the first one to repeat a hot press release verbatim. We often pay attention to the games we know our readers are already excited about rather than trying to expose them to hidden gems they might not even know they want to know about.

But I guess the implicit boosterism on display among journalists in these Halo: Reach beta giveaways struck me as a little less subtle than usual. The next time you wonder why game journalism is often seen as just an extension of video game PR, remember “events” like this.

17 thoughts on “Our role as [beta] gatekeepers”