Welcome back my friends/to the show that never ends… 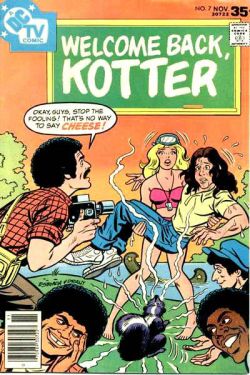 Hi there! Welcome to The Game Beat. That’s not to be confused with gaming-business site GamesBeat or consumer-gaming site GameBeat or rhythm-gaming site VGBeat, although it probably will be. “The game beat” is the beat we game journalists cover, or it would be if we were all newspaper reporters in the ’50s that still had anything as quaint as assigned “beats.”

General-interest journalism has numerous scholarly reviews and media analysis columns and blogs and even a Sunday morning TV show on basic cable all focused on the media machine. Game journalism has… Game Mag Weaseling, I guess? Occasional rehashed stories on how to become a game journalist? The odd blog post when yet another game journalism outlet has yet another round of layoffs? Say what you will about game media self-analysis, but it’s hardly drowning out the dozens of largely identical articles parroting the Green Day: Rock Band set list, for instance.

Game journalism is young enough that we’re still trying to collectively agree on the answers to some pretty fundamental questions. What makes a good review? Should we be evaluating games as consumer products or works of art? What role should scores or grades play in the review process? How should we deal with Metacritic’s outsized influence? What can game criticism learn from existing critical theory, if anything? How close should game journalists be with the publishers and developers they cover? How can journalists get around the information control of the PR machine? How should outlets handle gifts and publisher-sponsored junkets? How are we supposed to make any money off any of this in the age of the Internet? And so on and so on.

Besides, I’ve been doing this shtick way too long to stop now. It started with my cocky, chip-on-my-shoulder game-journalism-student blog, The Video Game Ombudsman (back in the dark ages of 2003!), then with the more-professional-looking-but-still-kind-of-whiny Video Game Media Watch blog, and most recently with a series of now-defunct weekly/bi-weekly columns: GameDaily’s Media Coverage, GameSpot’s PressSpotting and Crispy Gamer’s Press Pass. Feel free to wade through those archives if you want to find a lot of broken links and explore my ever-evolving views on a lot of the issues I mentioned above.

And yet somehow, despite all those hundreds of posts and tens of thousands of words I’ve written about game journalism in the past seven years or so, the medium refuses to be perfect. I hope this blog will continue to chip away at that sad fact, but even if I’m just shouting into the wind, so be it.

Anyway, it’s not just about me. I hope this site will develop into a place where the game journalism community can gather to discuss issues of collective interest, so please, let me know you’re out there. Get in touch and let me know if there’s something you’d like to see discussed here. Leave a comment on a post to keep the discussion going. Heck, write a reply on your own blog if that’s the sort of thing you’re prone to do.

And remember, a little navel-gazing is the best way to prevent the accumulation of lint.